OK I think it’s time to accept that my blogging is not going to happen on a regular weekly basis – so skipping ahead of Parts 2-4 of my trip around South India, I wanted to officially announce that I’ll be leaving India early.

This is something I’ve been wrestling with ever since I arrived in India actually – the combination of homesickness, the longing for some sort of clean street environment, and needing to have a better placement than what SICHREM could offer me. I’ve been mulling and mulling it over for so long, that I’m surprised I managed to stay this long in actuality. Let me expand a bit. 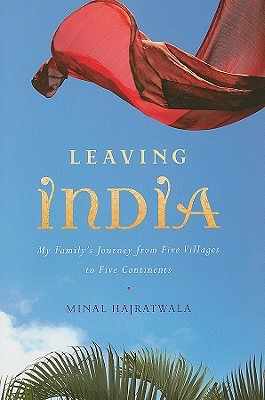 So my problems with SICHREM have been manifold, and mostly I thought that I would be able to work them through as the result of cultural differences. The reality however has been that SICHREM hasn’t been able to offer me the research and career-building opportunities that I wanted. I intended to work explicitly on gender-related projects, and be involved in lots of advocacy, as this is my area of interest. Despite this being communicated throughout my placement and before it, I never got the chance to do any of this. Whilst I’ve been working on two fairly sizeable research projects, the absence of ANY gender-related work has been gradually grinding down my motivation. After the six months mark, I had to hold up my hands and accept that no such opportunities were going to arise, even with my repeated discussions with Mathews (the Executive Director of SICHREM).

The working environment at SICHREM has also been deteriorating in general since my arrival in January, for whatever issues I am not entirely sure. Whilst I’ve been volunteering, four members of staff resigned and moved on, for various reasons. A further two are now on their way out, leaving only two non-admin staff within the entire organisation, to run all of SICHREM’s different programmes and emergency cases. It’s totally unfeasible.

Whilst I am loathe to make this into one epic rant, the continued problems I faced at SICHREM are a huge part of why I want to leave. Never once being thanked for my any of my volunteered time, or efforts – particularly not for the more significant successes which took up so much time – never treated like a professional equal, and always dismissed when I raise suggestions or ideas for improvements. It’s been an incredibly frustrating and de-motivating environment to work in, but I’ve been fighting through it to the best of my ability, discussing things with staff, trying to communicate issues – to no avail. There’s only so much negativity a person can take.

Outside of SICHREM, life has had both high and low points. I still love India, I just can’t love Bangalore. I definitely will be returning, but to a place where the people speak Hindi, where you can see the horizon, where a clean breeze clears the air, and where the people celebrate life…not drudge heads down through rubbish heaps and grey air. I am physically and psychologically suffocated here. 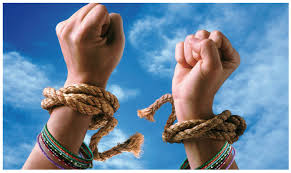 Psychologically suffocated in the sense that if, as a woman, I look up and at people’s faces in the street, the men will leer at you or follow you or shout disgusting insults in Kannada, as if I don’t know what they’re saying. Or sometimes it’s just the man on a bike jeering ‘hey foreigner’. Whilst your movements in public space become policed in this way, I find the confrontation with people’s ideologies in personal interaction far worse. The number of girls who are visibly horrified by the realisation that you walk alone after 7pm at night, or that you use public buses (which are clearly brimming with lascivious men who will rip off your clothes at midday) is depressing. Even worse are the guys – ‘you shouldn’t talk like that’, ‘no you don’t understand [women not having any agency] it’s not safe/moral/right for women to go out alone’. In the UK, I have taken for granted my personal freedom to think, talk, act, dress, eat, sit, and breathe in the way that I want, that it feels like I am trapped inside a moral prison. I cannot be myself in India. Even trying my best to conform, to avoid confrontation (for instance I wear salwar kameez not shorts, I use Kannada words, I follow social convention on buses, in the post office, in SICHREM), I am constantly critiqued and rebutted by idiots who simply see a white face in a kurti. I am not expected or permitted to express ideological thoughts or contrary opinions. I should nod and smile and say ‘sir’ to whatever inadequacy comes out of a man’s mouth, so that I show respect, and am meek, and thus like a good Indian girl. I refuse to hand over my self-respect, however much has already been chipped away, in my upturned hands.

I don’t hate Indian men at all. I just feel that the undue respect and privilege that society has assured them is their right makes most guys totally unaware that other people have contrasting and equally important opinions. When you internalise, and receive daily confirmation of, the idea that you will automatically get what you want and people will listen to you, it makes men arrogant and self-righteous, and sometimes totally shocked when you argue them down.

I can’t wait to be back in a place where people are valued for being the person they are, not for their marriage or earning potential; where others will give equal attention to your voice and ideas and beliefs.

But like true love, you work through the bad parts and keep returning to strengthen that bond which attracted you in the first place. India will always draw me back, I just have to work out that where that perfect balance lies. The magic formula. Maybe it should start with a tattoo?